We headed to Utah for Thanksgiving. We had a lot of fun and were able to see a lot of friends. We hit up the garners (Thomas' adopted family). He used to spend a lot of time here and lived here before he left on his mission.
Layton giving Dan hugs and kisses, haha. doesn't take too long for the boys to warm up to people 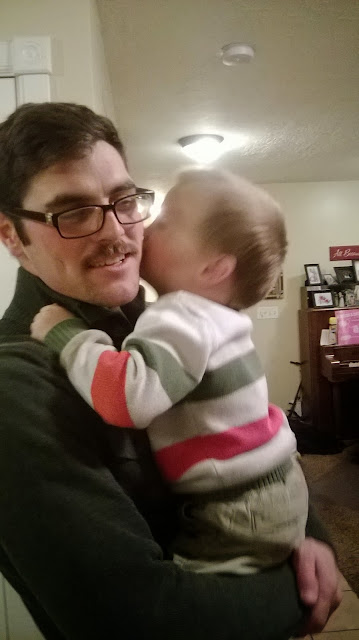 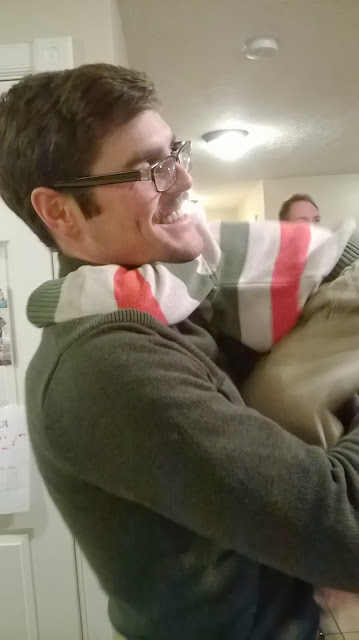 William and Thomas. This is one of Thomas' very best friends he grew up with. 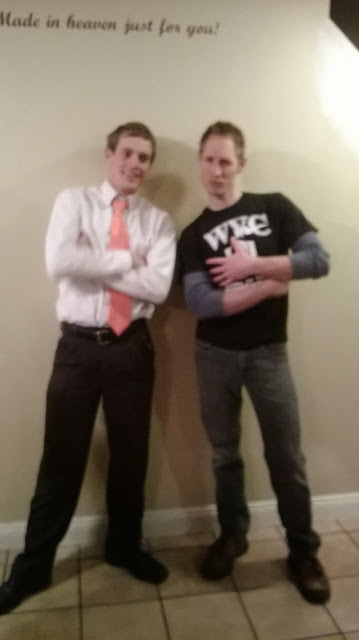 The boys just playing around on the couches. 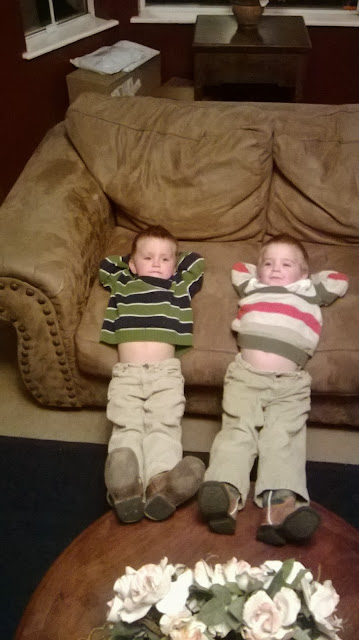 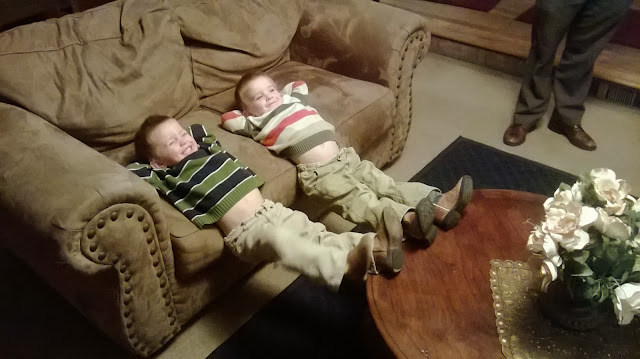 We met up with our old friends from Rexburg. They were our next door neighbors for a while. It was so good to see them and their cute family. 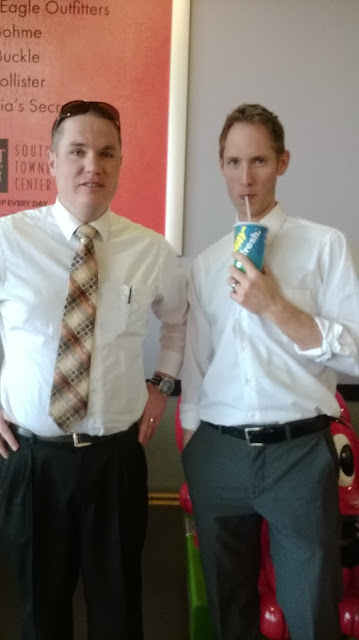 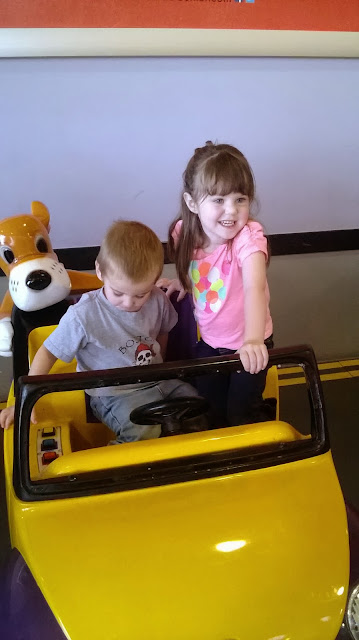 Layon and his cousin Luke. These boys are about a month apart and had a blast playing together all week while we were in Utah. Thomas Brother and family were living in their mom's basement at the time. Was fun to be under one roof and be able to spend time with them. 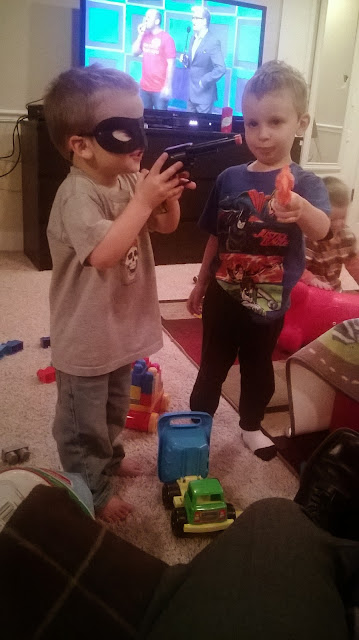 Layton wearing Luke's batman sweater. I'm not too into superman/batman/spiderman stuff, so the boys haven't been exposed to it much, but they sure got into it and loved all of Luke's batman stuff. 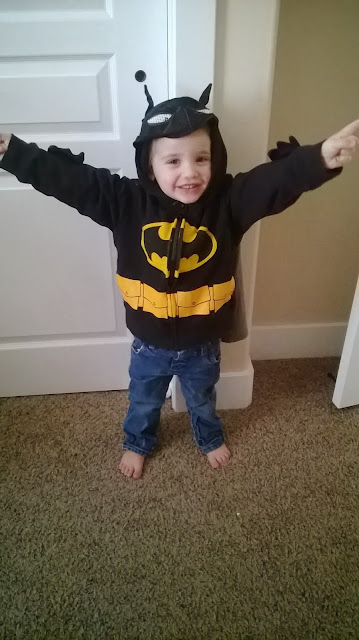 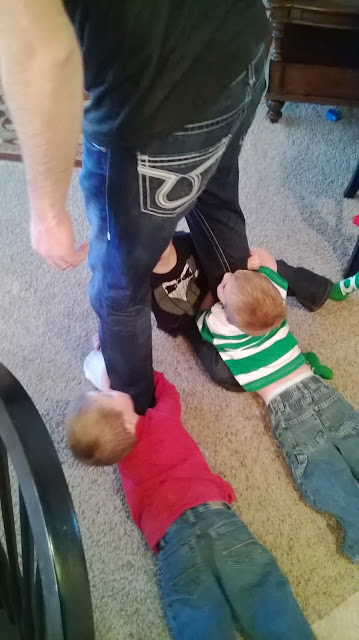 Some of our Nelson cousins.
Left to right
Kasen, Layton, Maxwell, Khloe, Luke
Getting ready for the cousin gift exchange. 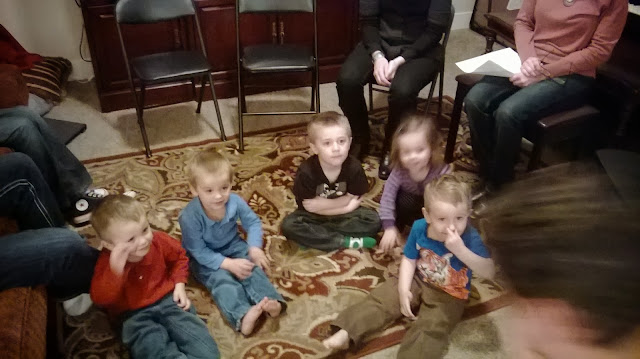 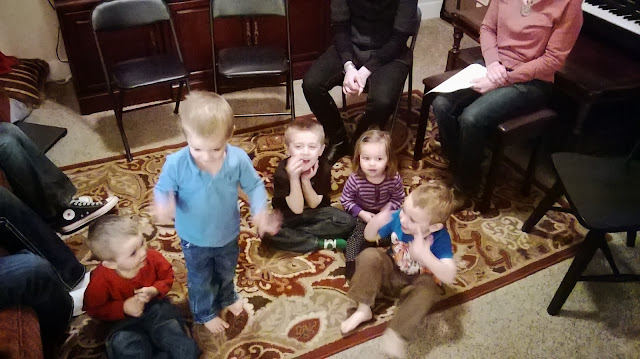 Out to breakfast with Thomas' Dad one morning. 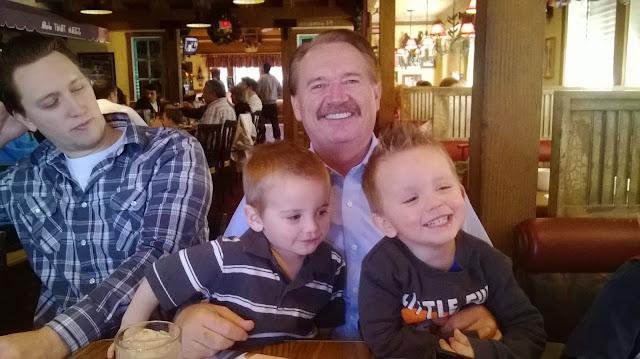 We also met up with some other of Thomas' friends and went to Scheels. It's basically this new store in Utah that is kind of like Utah, but involved all sports. Boys love it, and I found an awesome deal on a backpack with a sleeping bag in it. I got two for the boys for Christmas. They LOVED them, and carry them around everywhere now. 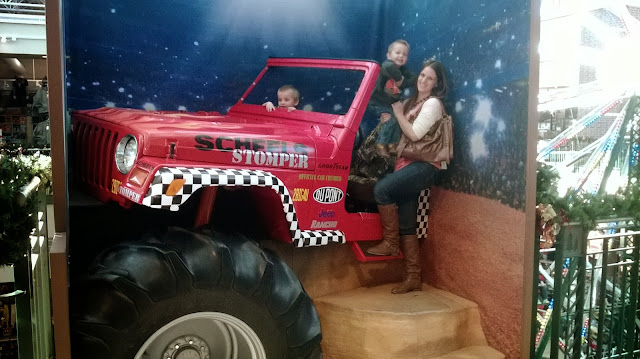 Could Scheels BE any better, really? Love that place. I always find excuses to go there.