Yesterday the boys and I went to my friend, Nicole's, baby gender announcement party. It was SO fun. The boys had a blast and made new friends. The back yard was awesome, so they were able to just run around kicking balls everywhere and playing. It was our first Bbq of the year.... love it. Can't wait for like a million more this summer. BBQ food is the BEST. They were so funny yesterday. They were cracking everyone up. Here are some moments I don't want to forget.

One guy, I think it was Nicole's or Adam's uncle, was sitting by the boys during dinner. Conversation between him and Kasen.....

Thought that was pretty funny.

I was asking Layton what his guess was about if Nicole's baby was going to be a boy or a girl. He goes hmmmm....."Let me do eenie meenie miny moe." He proceeds to do just that and informs me it's going to be a boy. After they did the announcement and we found out that ........ 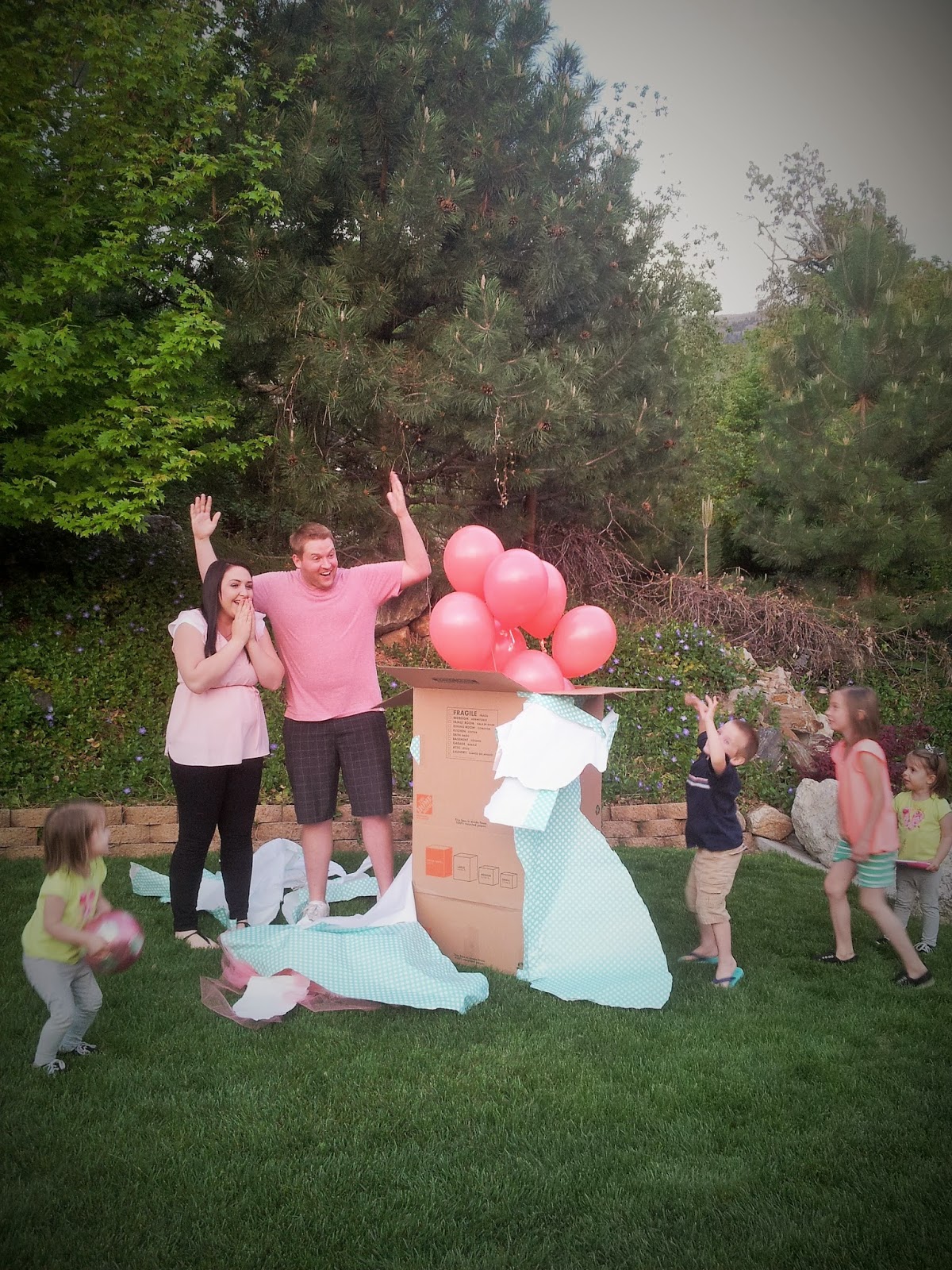 they were having a girl!!!! He said, "mom that's not right, it has to be a boy. Let me double check" He then does eenie meenie miny moe again and again decisively told me, "mom it's a boy, they are wrong". hahaha
So excited for these two. We love them.

Also after dinner Layton kept trying to sneak cupcakes, finally he was allowed one, but then he snuck another, and then I looked over and he had one half eaten one in one hand and then was sticking his fingers into the icing of another on the cupcake platter! Little stinker. I caught him red handed with his blue faced smiles and dirty fingers! 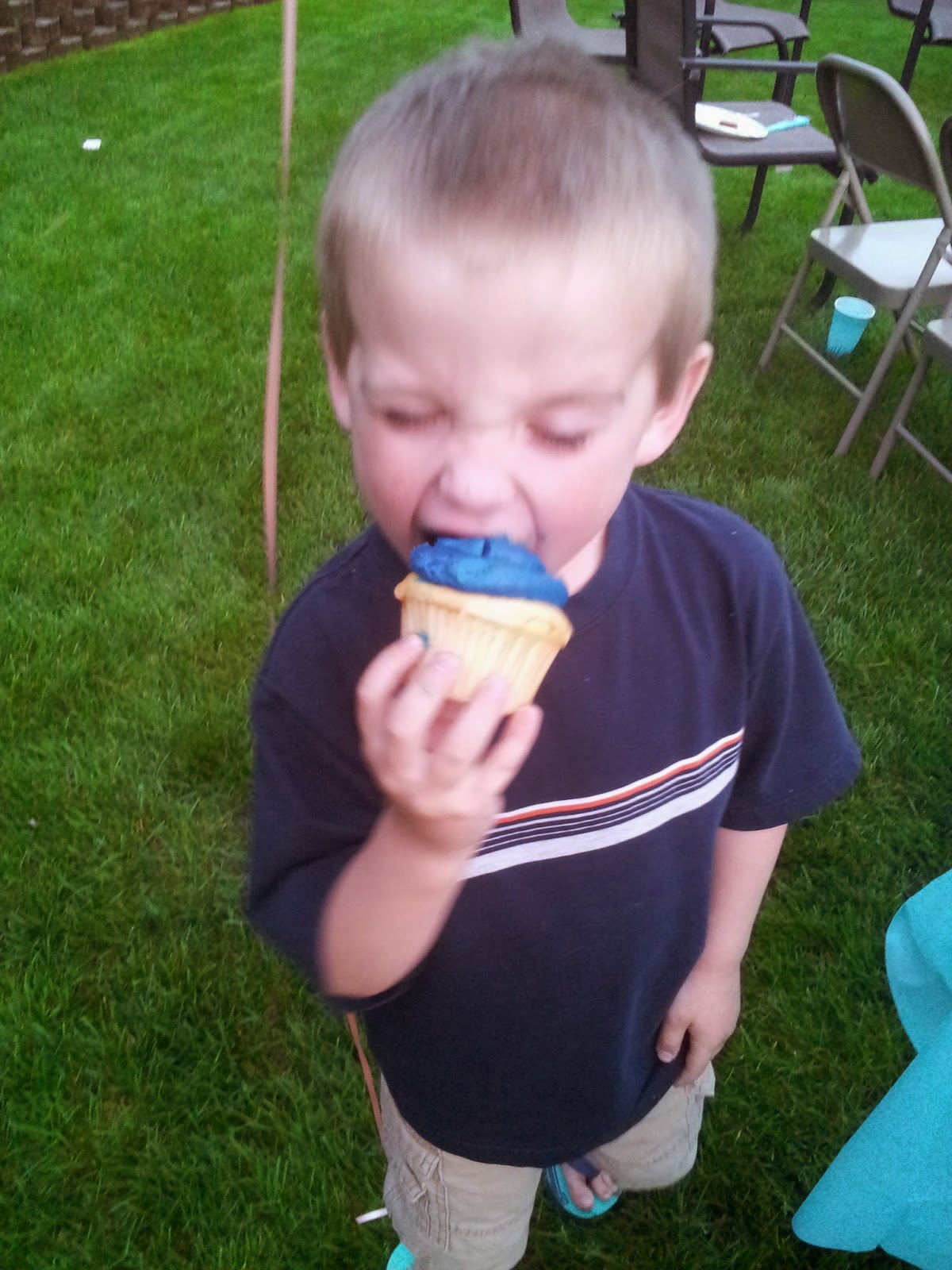 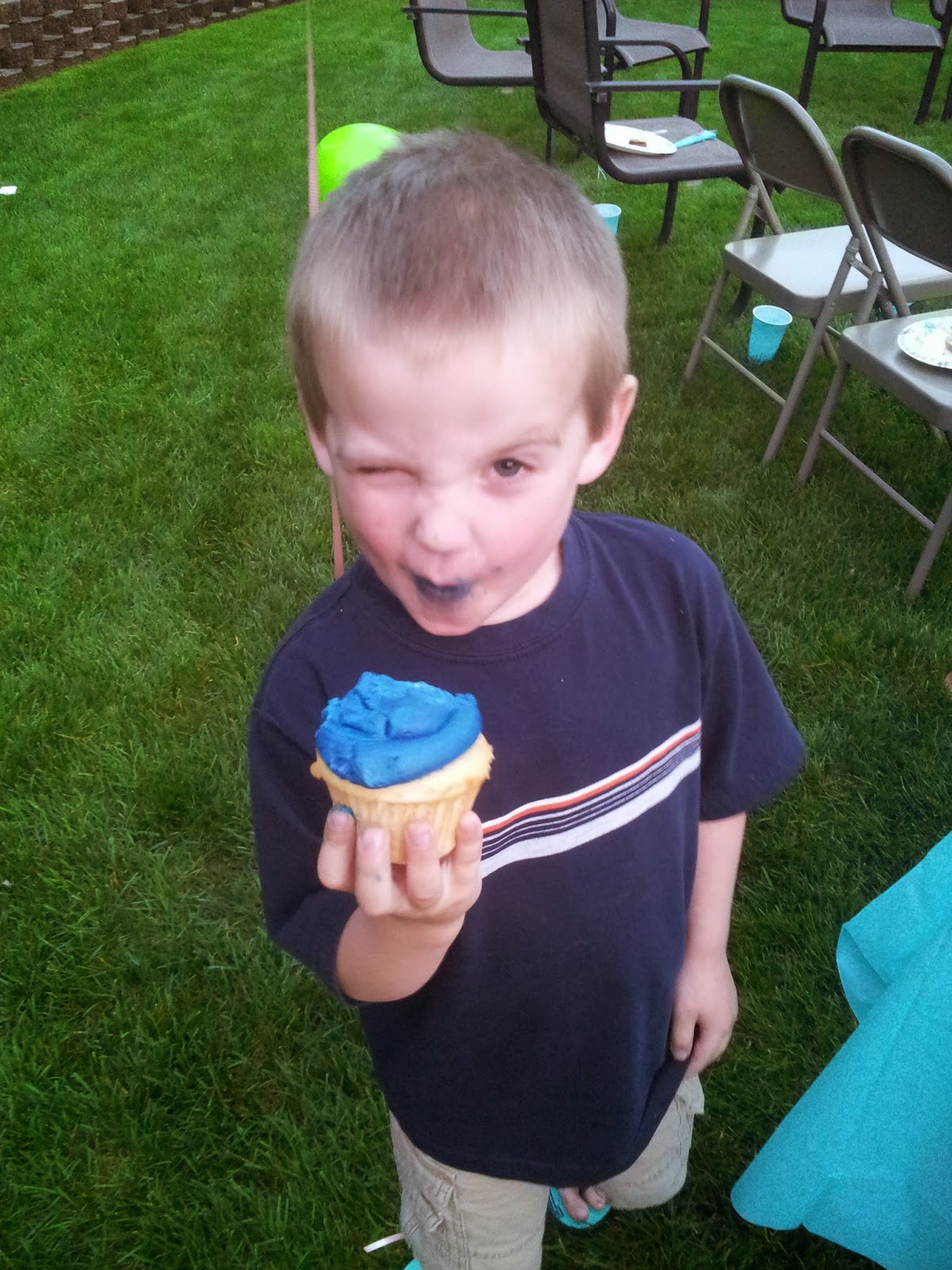 I wish I got a picture of this, but they also found a snail and they didn't leave it alone all night. Especially Kasen. That boy is SUCH an animal lover. They made a little pen out of green beans and baby tomatoes for the snail to eat and not get away at the same time. It's so ironic how innocent they try to help animals but are really usually killing it instead.

(insert picture of snail in middle of veggie pen on cement)

I wish Thomas could have been there (he's in Wyoming). I was the only one there that wasn't family, and also spouse-less haha. But I still had a lot of fun with Adam and Nicole and am glad that I went....

Some more pictures of the night...... 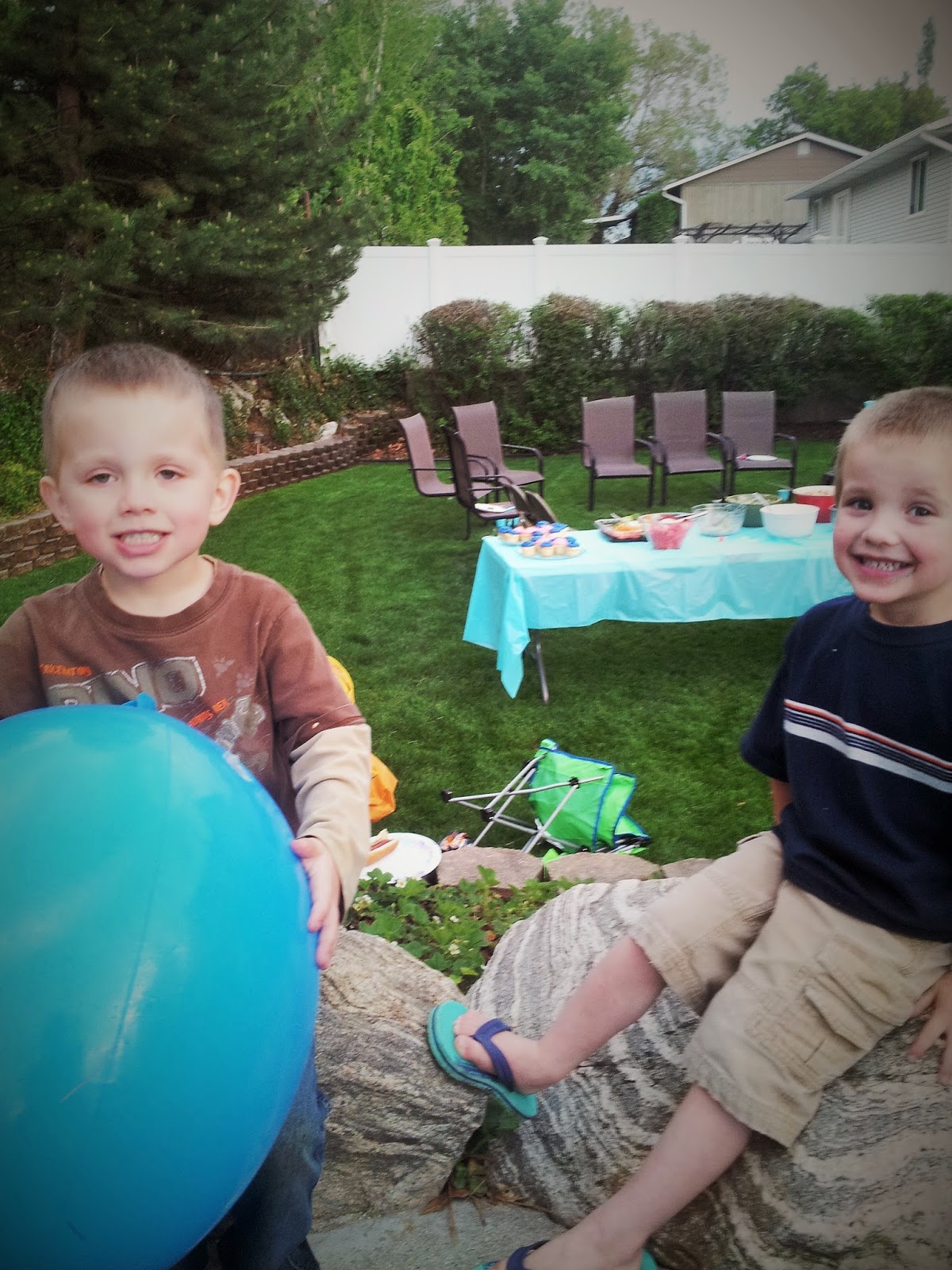 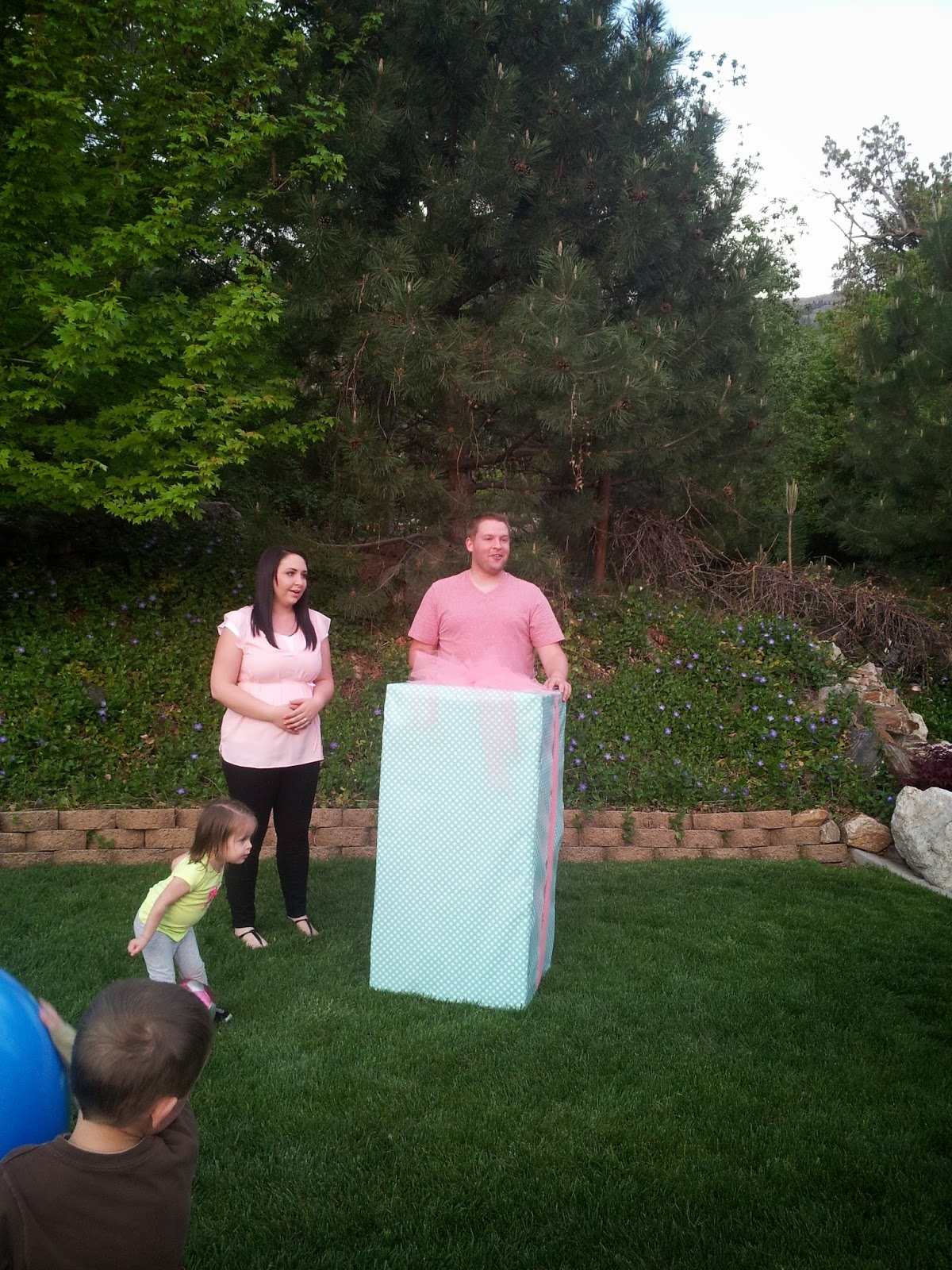 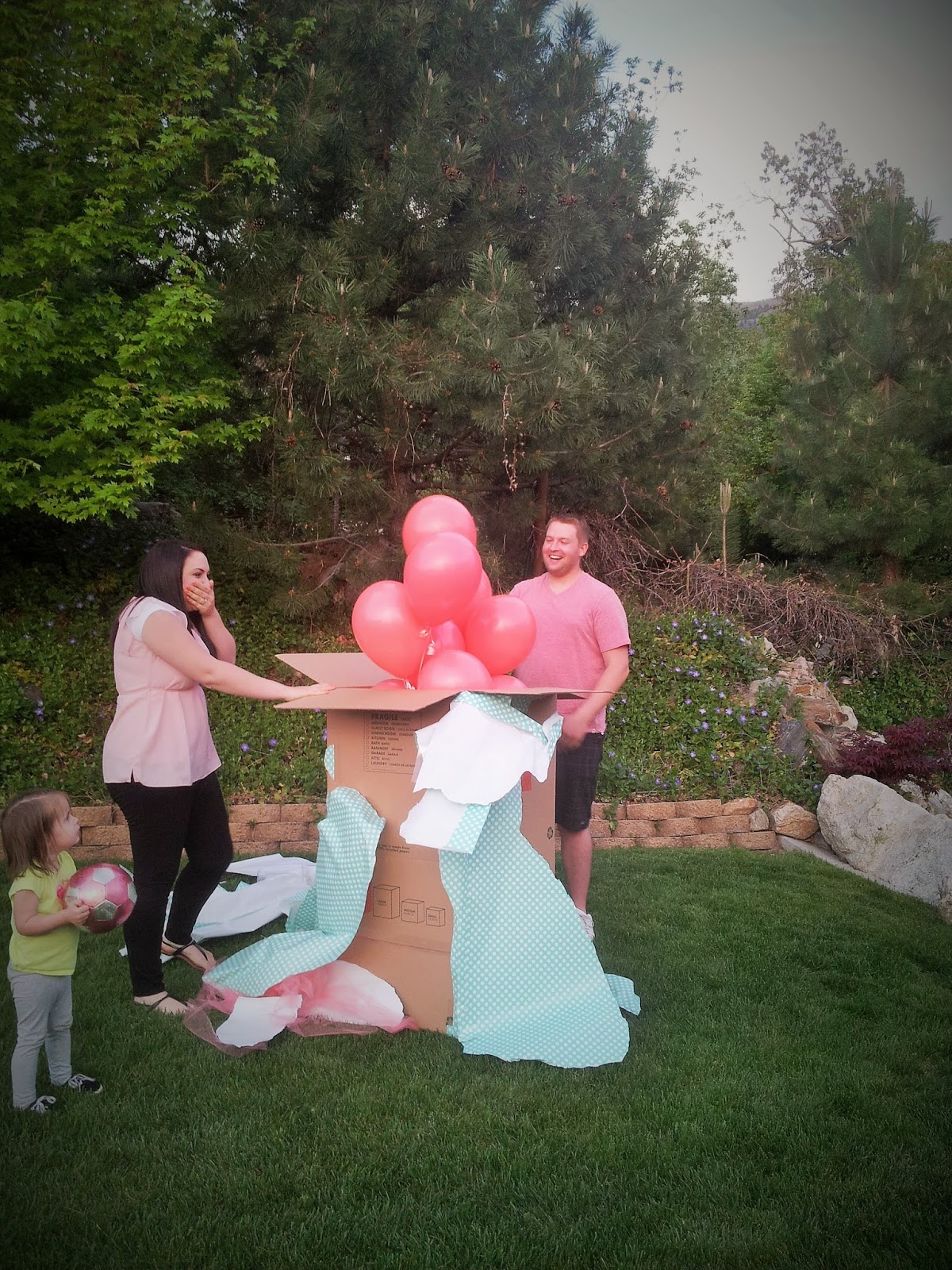