This is my Grandma.... and this post is pretty much all about her! 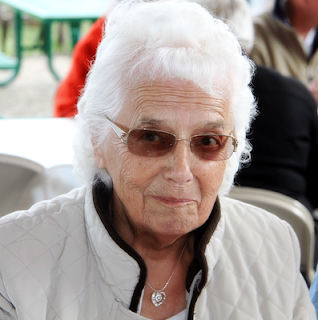 We had a surprise 90th birthday party for my Grandma. Dear sweet ol' Grandma Gulbranson :) It was so awesome. It was on May.21,2011. Earlier that week Elder Kramer and Elder Campbell (the two missionaries that taught and baptized my Grandma and Grandpa back in Alexandria Minnesota) came all the way from Utah to surprise her. I wasn't there when it all happened, but this is how it went. My mom had called Grandma the day before and said that all her kids wanted to get together with her for lunch, since they hadn't done much for her birthday earlier that week. So the next day, Wednesday May.19th, the kids and her got together and had lunch. Then someone knocked on the door and the kids told her to go get the door. It was Elder Campbell. She had no idea who he was though. Anyway she invited him in, 'introduced' him to all her kids, and Elder Campbell had said something along the lines that he was out tracting and had been sent here by Elder Kramer. Grandma was so confused. Meanwhile, Elder Kramer had come in the back door and was sitting at the table. As she was introducing Elder Campbell to all the kids, she didn't even realize Elder Kramer sitting there. Grandma forgot to introduce Eileen (who was over in the kitchen), so she said Oh! and turned around and saw Elder Kramer! (she knew who Elder Kramer was because he has visited here before). She was SOOO surpised!!! Then one of the kids said. "Mom this is Elder Campbell". So she turned back around and was like NO! I talked to her after and she said she was so flabbergasted. She didn't even know what to say. She didn't recognize him of course, because she hadn't seen him in over 60 years. Anyway, I wish I could have been there to see it, but I can imagine it and that's good enough for me. The next few night were filled with potlucks and good times. Grandma is best ever.

For her actual party on the 21st we had it outside at the church. It wasn't the best weather, but it held out pretty good for the most part. There were around 300 people there. Friends, neighbors, ward members, family, people in the community etc. It was just so awesome. Her kids sang a song for her. The Elders who baptized her said some words. Elder Kramer gave her a Book of Mormon from 1952 (the year she was baptized). Anyway here are some fun pictures from the weekend of Grandma's birthday. 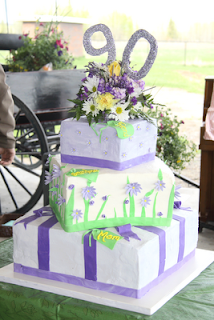 My cousin Jana made this awesome cake! She did such a great job! 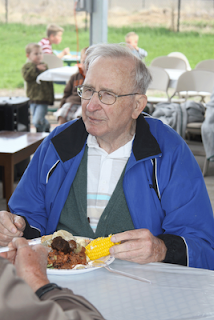 This is Elder Campbell. He was such a good man. He has been through a lot in his life and I look up to him. 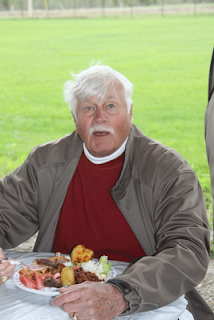 This is Elder Kramer. He could talk your ear off for days. Definately a born leader, he is fun and a great man.

We did a time line of my Grandma's life, starting when she was a little girl, the wagon trip, her mission and then at the end was all her kids with their families (grandkids and great grandkids etc.) Not all of the timeline pictures are below. This project took hours upon hours and days upon days, and I wasn't even there all that much helping. (not all the much was like 12 hours). My mom and her sisters spent so much time and effort gathering all the pictures, organizing, writing, getting information etc for this awesome project. You can click on the pictures if you want to read some of the headlines etc. 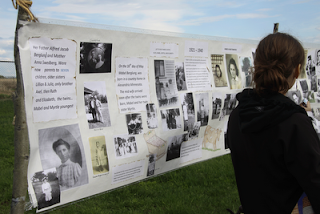 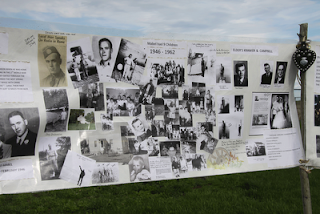 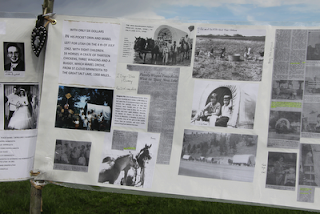 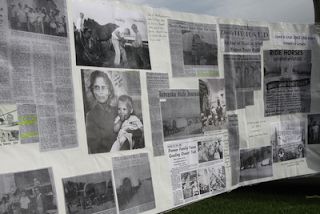 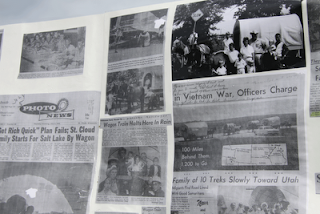 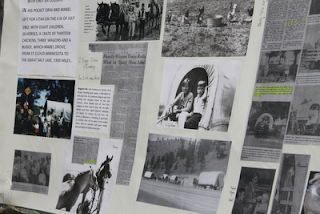 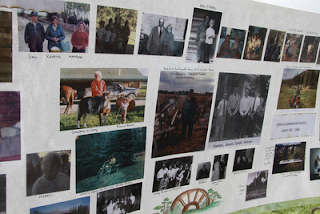 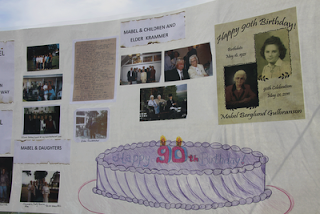 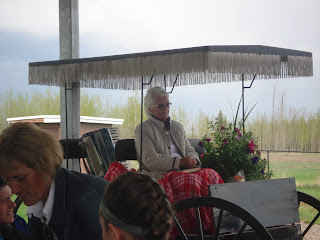 This is where Grandma sat through the program that her kids put together for her. 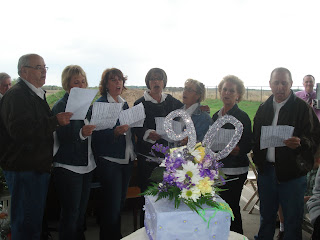 All of her kids singing for her. Left to right- Mel, Renetta, Lily, Karen, Maureen, Eileen, Emil. 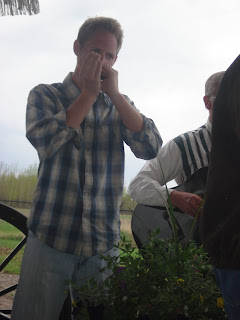 Thomas is so great at the playing the harmonica! He played along with the song that all the Aunts and Uncles sang for my Grandma's 90th. 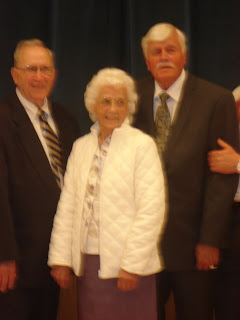 Absolutely terrible quality picture. But this is Grandma and the two missionaries that taught and baptized my Grandma and Grandpa back in 1952. 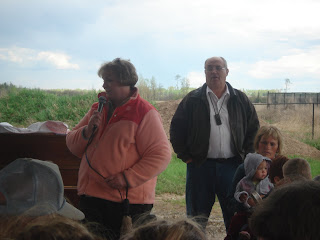 After the little program that they did for Grandma there was an open mike for anyone who wanted to say anything to Grandma. This is sweet Aunt Kathy, giving her remarks. 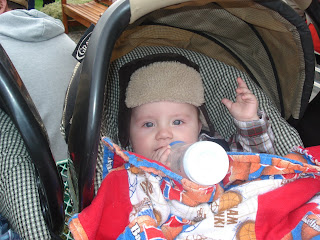 T
Kasen at the party. Weather wasn't oo great so we had them bundled up pretty good. My cousin Jana (who made the cake) got these hats for the boys, and they are sooo adorable. 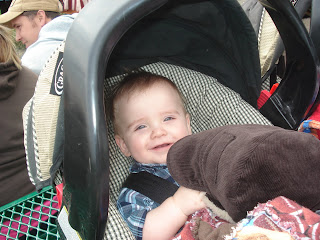 Layton kept pulling his off though!

Grandma came for dinner on Sunday and man alive, our boys just love her. I guess everyone does, but our especially. Kasen was just laughing and laughing at her. She is the best Great Grandma ever. And of course my mom (boys' Grandma), is pretty rockin sockin awesome herself. :) 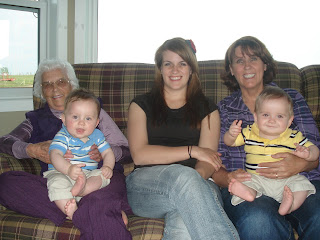 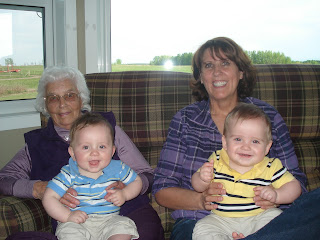 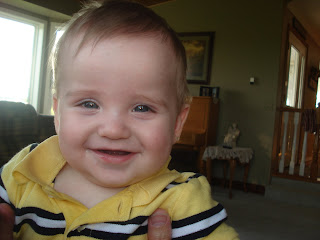 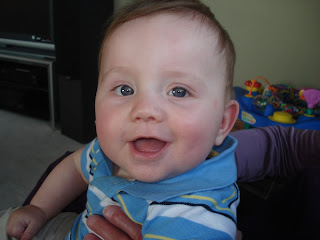